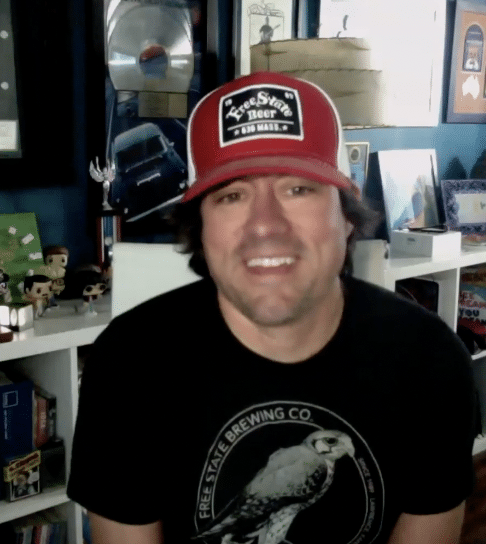 Listen on Spotify, Apple Podcasts, or Watch on Youtube

Today, we are joined by Jeff Chenault, who quit his job over 15 years ago. While in college, Jeff was asked by one of his professors to work with her design company full-time. With only one year to go, Jeff decided he was learning more working, didn’t want more debt, and decided to dropout of school jumpstart his career. While working for her, Jeff knew he would eventually start his own design company.

However, since he was 15 years old, Jeff had dreamed of design album covers in the music industry. A job in this industry was extremely tough to crack, so he picked jobs, such as working at Hallmark Cards, to build up his skillset and resume. Then he began going to shows and going backstage to offer musicians his design services. After 7 years of effort, Jeff broke into the music industry.

Jeff worked his way up the ladder to eventually become Vice President. However, something was missing. He was now a manager and not doing any of the creative work which he was truly passionate about. When he turned 35, Jeff decided to make the leap and start his own design agency called ELEVEN07.

Fast forward 15 years and Jeff still runs his own company. He continues his belief of not taking a job for just money. He finds work that he finds interesting and is passionate about. If you are looking for design work, check out his website here!

Listen to Jeff share his story and get inspired with his amazing advice to people thinking about following a similar path. Check out the full conversation on YouTube or Spotify by clicking the links below.