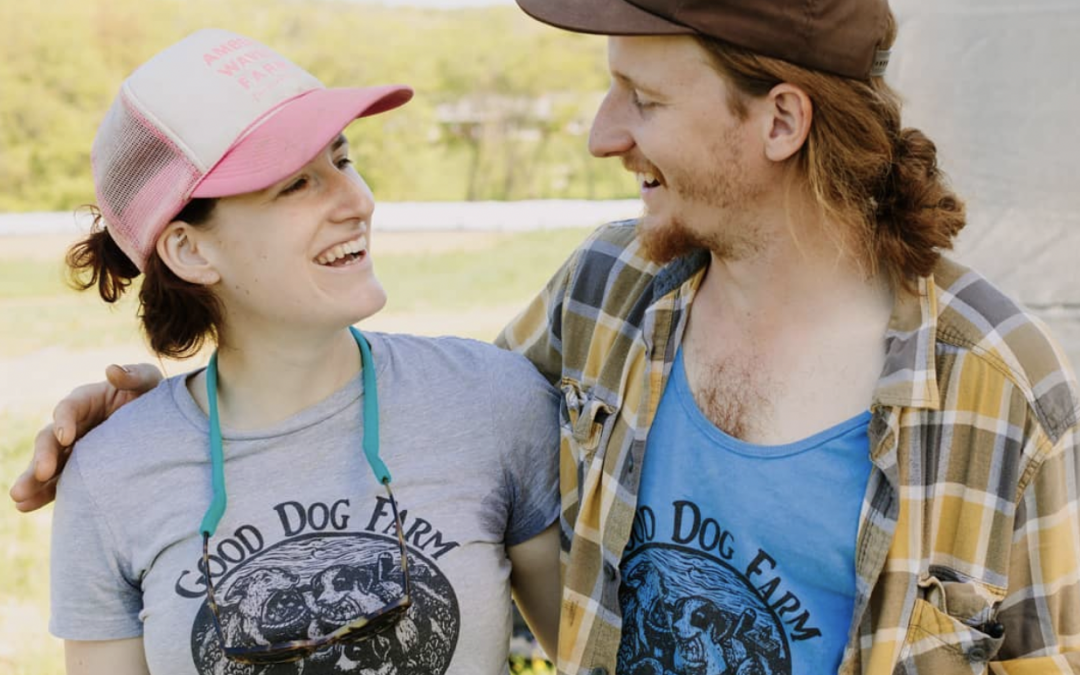 Today, we are joined by Joanna Winkler, who first got interested in farming when working for The Food Project in high school. They brought kids together from Boston to work on an urban farm and to build a more sustainable food system. While she fell in love with farming, she did not believe it could be a viable career opportunity.

As Joanna was studying government policy in college, she worked at Red Fire Farm in Western Massachusetts during the summer. She got her first experience with a CSA, which is community supported agriculture (a group of people purchase share’s of a farm’s harvest). After graduation, she moved to Baltimore, Maryland as part of the AmeriCorps VISTA program. She got her first office experience working with the Baltimore Food Policy Initiative.

Even though Joanna loved the work she was doing, she felt trapped working full-time in an office. She moved on to her next full-time non-profit role, but she was going out into the field hosting educational events at farms. This gave her the experience to see the inner working of smaller farms. For the first time, she started thinking that she could run her own farm.

Joanna started getting heavily involved in the urban farming movement in Baltimore. She worked at Cherry Hill Urban Garden, volunteered at the Farm Alliance of Baltimore, and completed a farmer training program (where you work one day a week at farm). Around this same, Joanna met her now husband, Brian Alexander. He was also heavily involved in the farming community and had similar goals to her.

Joanna, Brian, and one their friends start planning what it would look like to run their own farm and started looking at properties at the end of 2015. They found the spot a half an hour north of Baltimore and moved into the property. They spent 18 months still working full-time jobs in addition to starting Good Dog Farm. Eventually they were able to feel comfortable enough with the proceeds from the farm to make the leap to quit their jobs and run the farm full-time.

Fast forward to today, Joanna and Brian now own 25 acres of land and are growing their operation. They have staff and grow crops all year round. The offer a modern take on a CSA, where every and every other week, people can mix and match what fruits and vegetables are available based on the season. They started in Baltimore and this year and expanding to Washington D.C. for the first time this coming year.

Full disclosure, I am a customer of their CSA and could not recommend it enough for anyone in the Baltimore or DC area. If interested, look into signing up here!

Listen to Joanna share her story and get inspired with her amazing advice to people thinking about following a similar path. Check out the full conversation on YouTube or Spotify by clicking the links below.